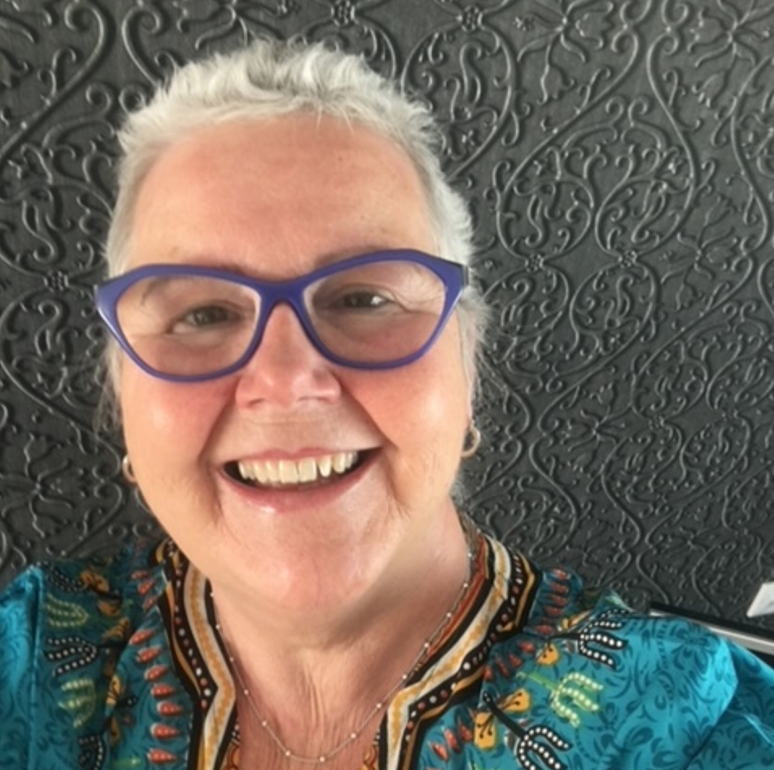 Following the first blog of our series with OWise about the science behind HR+ secondary breast cancer, in this blog, we wanted to share with you the experience from Jacqui Crewe, a secondary patient with HR+, HER- breast cancer.

I woke up one morning and felt a pea sized lump in my right breast. For most of that day I kept feeling my boob to check it wasn’t my imagination and also to see when standing if it was still there – it was. I called my GP surgery for an appointment. She referred me to a breast clinic and within a couple of days was called to the local hospital.

Firstly, a doctor did a physical examination, followed by X-ray and ultrasound. Then I was called back to the doctor for a core biopsy and told to wait. An hour or so went by and the doctor called me back in – I thought, “oh no, this is it”. But no, he said the biopsy was not good enough and would need to take another. I felt sick – it wasn’t a very nice experience at all. Even worse the second time. Surely there could be a kinder way – anaesthetic maybe, or neat gin?

I was with a very lovely friend who did her best to keep my mind from running wild. I had been divorced 5 years at that time and managed to build myself some great friendships which are still propping me up now – I’m so thankful.

So, we waited and waited until eventually I was called back to the doctor’s room – yes this all happened on the same day! When I went in he asked if anyone was with me – my heart dropped – he confirmed it was breast cancer. Now, I had been at the hospital most of that day, but all tests were run, and by eight o’clock that evening I had my diagnosis – amazing service.

Stunned as I was, we went to the local and had a large glass of wine. Isn’t it funny that I can remember so much detail about that day. It was 15 years ago now. I can see that Dennis the Menace jumper in full colour- I’ve not worn it since.

My biggest fear was how am I going to tell the children?

Soon after, the appointments came in thick and fast for lumpectomy and chemotherapy. I had such a fun experience trying on wigs. My friend was with me for some sensible advice. Well, I felt so sorry for the wig lady! We were beside ourselves with laughter. I didn’t find anything to suit. It was springtime so decided scarves were the route I’d take.

There followed months of chemo and shortly after radiotherapy. I tolerated the treatment quite well if I say so myself. Eventually I managed to get on with life only gently reminded of breast cancer by my annual check-ups.

I reached the magic 5-year milestone – hurray – still going for annual check-ups for which I was so grateful for. It was just the reassurance I needed to get on with things.

Two more years went by and doctors were talking about signing me off when I started having pressure in my chest. Just like an elephant was sitting there. This sensation didn’t last long. I had a check-up due shortly so made a mental note to mention it.
After a physical examination was completed the doctors said, ‘oh yes very common after the sort of treatment you have had’. He gave it a name and I went home feeling confident all was well.

The thing was it started to get worse. I called on “Doctor Google” and looked up the name of this condition the doctor had told me about. Yes, inflammation caused by radiotherapy. Hmmm … ok.

Soon a small lump appeared on my sternum and the pain was unreal. I even got girlfriends over for lunch just to ask their opinion. Get straight to your GP they shouted.
After a night of particularly bad pain I got in to see a locum that same day. She was brilliant. She sorted my pain and referred me to the orthopaedic hospital to the musculoskeletal department ASAP.

From there they said they needed to do a biopsy wherein the fear must have been written all over my face. The doctor said don’t worry we will be able to do this under general anaesthetic. At that point, my fear of biopsy was taken over by the possible seriousness of the situation.

The biopsy done about a week later followed by an appointment a week after that for results. Sure enough, breast cancer was found in my sternum. Of course, this is then classed as stage four breast cancer.

My reaction was – well, can’t it be surgically removed? Please just get it out of my body. The surgeon explained that she couldn’t recommend it. The few patients she knew about did not live with a reasonable quality of life afterwards. Radiotherapy was the answer. It was like magic. The pain disappeared and the lump vanished. What I was left with however was the label “stage 4 breast cancer”. It hung over my head like a dreaded sword.

By this time, it was 2013. I had trouble coming to terms with this diagnosis, I don’t mind telling you. Eventually I was signposted to some talking therapy which did help put things into perspective.

Annual check-ups continued for the next six years – even I thought this diagnosis can’t be right. I was living a full and happy life, but I didn’t get complacent.

In 2019 I was really enjoying my new job and talked a lot on the telephone. I began to notice my voice changed after talking quite a lot but shrugged it off thinking it was me using my voice more than I used to. Then one day while chatting away on the phone at work, I felt a lump just above my collarbone – here we go again – I was gripped by fear this time. I thought, “Curtains for me!” – I was stage 4 after all.

The doctors soon confirmed from the scan that it was indeed progression of the disease. Ok, I thought, I can cope with this so long as I don’t have to have any more chemo. The doctor had other thoughts. Radiotherapy was not an option apparently as I had my “quota” and my body could not withstand anymore. Chemo it was – Paclitaxel 18 rounds weekly. That was completed and I’m now receiving monthly jabs with a drug called fulvestrant and tablets called ribociclib and I have regular scans. We – my family and I – lurch from scan to scan but I’m still here and have a reasonable quality of this precious life so I’m not complaining at all and I’m so grateful for these relatively new drugs that have come along for all of us secondary breast cancer patients.

Each time I’ve had my bombshells, I’ve never had a problem getting a diagnosis. I think that’s because I am textbook HR+. I presented with a lump each time, but I know that’s not the case for everyone.

I’m a person that just has to know all the information out there, so I educated myself on the subject. I researched tirelessly and asked the professionals lots of questions. I know some people don’t want to approach it in the same way.

Since starting this whole experience, I’ve noticed some changes such as the patients being much more involved with treatment plans.

The treatment is also much more tailored to the individual rather than a one size fits all attitude. Doctors, surgeons and nurses have become much more approachable which make for more informal discussions.

What I think would help newly diagnosed patients today would be that during this very confusing and worrying time, understanding that the whole body and mind need taking care of.  A holistic approach is so important. Help is definitely out there but it’s not easily accessible.

The advice I would give to newly diagnosed, particularly HR+ people is to be optimistic there are many treatment options these days and new ones continue to be an option. People are living much longer with these amazing new drugs.