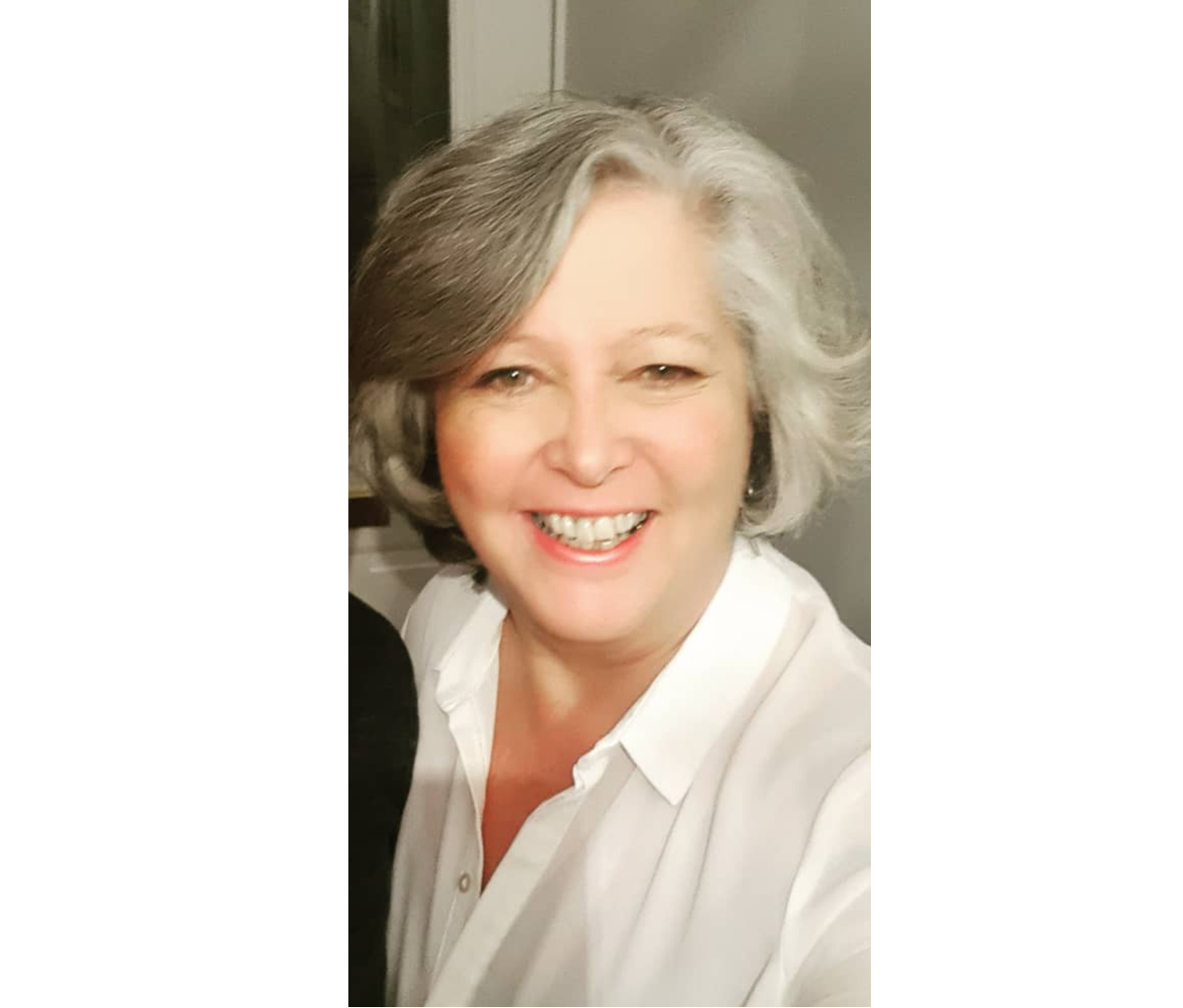 In the fourth blog of our partnership with Make2ndsCount, we wanted to share with you Diane Lavin’s experience, a secondary patient with HER2+ breast cancer.

I was diagnosed in January 2018. I’d found a lump in my left breast about November and tried hard to ignore it – Christmas and being a Nana for the first time were my priorities to be honest. January came and my husband insisted I get checked by the GP. He gave me a referral straight away. His face said it all and his reaction alone terrified me.

I was lucky at the time my husband had me covered with BUPA with his work policy, so I only waited a week to be seen privately by a consultant.

He was reassuring and said I was in a low-risk group, no family history, I’d had a hysterectomy a few years before, I didn’t smoke and wasn’t massively overweight. But a week later after the ultrasound and biopsy he was shocked it had come back a 2cm lump and a lymph node involved. So surgery was planned to remove the lump and some lymph nodes, followed by chemotherapy. The day before surgery they decided it was best for me to have chemo first and surgery after. So, now it’s February and I started 6 cycles of chemotherapy – 3 FEC-T and 3 Docetaxel.

I was now an NHS patient. I tolerated the chemotherapy well and had a good response, so they said. I lost my hair and was still like a rabbit caught in the headlights. The lump shrank and surgery went ahead in July. Surgery was successful, getting clear margins. The dye and the wire inserted to guide the surgeon to the lymph node didn’t work, so he used experience!

I had 18 Herceptin injections which ended in March 2019. I also had 15 rounds of radiotherapy in case there was a stray cell.

I saw the oncology nurse in April 2019 who basically said ‘go live your life’ and refused my request for a scan to double-check.

So I tried just that! I went on a moving forward course. I was finding it extremely worrying that I still hadn’t met anyone else with HER2 and so I asked the breast cancer nurse why? Are they all dead? She seemed surprised at my thought process but said no, it’s because we are in the 20% of cases.

I went on a family holiday. I started to plan my return to work in the hospital pharmacy – a job I loved. Living my life!  Then I went on holiday in July with my husband. I found myself dropping things with my left hand, I couldn’t do my bra strap and gripping was difficult but not painful.

I went to my daughters graduation in Portsmouth and on the way home I begged my husband to take me to A and E. I did not feel right at all. It’s not like me…I avoid the place like the plague as I work there.

The doctor sent me away with a stroke referral on the Saturday. Useless, but luckily I went to my GP on Monday. He was amazing. He sent me straight into hospital and told me straight it could be brain mets we aren’t messing about.

Over the next few days I had CT scans and MRI scans. They found bone mets and a brain lesion. The hospital consultant who broke the bad news was so lovely and her words stay with me…you are young, you are strong, you can do this! It’s my mantra on days when I really need those big girl pants.

I was seen the following week by an oncology consultant. Another straight talking lady who advised baby steps and if I wasn’t healthy, I really don’t think she would have prescribed me the Kadcyla® as there were certain criteria.

My husband and kids wanted positive, I just needed hope.

I had stereotactic radiotherapy, just one session. A 1.8cm lesion which shrank and is now a smudge.

Kadcyla® (3 weekly) and Denosumab (first 4 weekly, now 12 weekly) calcium tabs which I’m still on and hope to stay on for a long time!

I have 3 monthly CT and MRI scans to check all is stable.

I do wish that on primary diagnosis I had been given clearer guidance as to what may or may not happen next. Unfortunately, my breast cancer nurse said don’t rule out ever having chemo again. I was mid cycle of the 6 rounds feeling rough and terrified and so I was hysterical. However terrifying the prospect it should’ve been discussed at least after chemo, surgery and radiotherapy. I think this could have at least prepared me a little.

Everyone was so positive it was gone that I began to think I was crazy to think otherwise. But like they say when you know you know!

During my primary I’d had a counsellor who I did not gel with but I’ve since been lucky to now find one who gets me. I really feel like she’s there holding me back from the cliff edge when I feel I’m wobbling on the edge. She’s straight talking and through the NHS. I’m not ashamed to say my GP gave me mirtazapine for anxiety on secondary diagnosis….this has helped massively.  Sleep as much as anything is key….you can’t think straight on no sleep.  I think it should’ve been offered on primary diagnosis.

For me, the biggest failing throughout is treating the one area…be it a boob or a ball…not the whole person. This needs to change.

Secondary does not get the support that primary does. In some ways it needs more attention both medically and mentally.

If you can, research and research so you’re armed with the facts, not Dr. Google…reliable sources.

That said there are days I want to forget it exists and I step away from social media for my sanity. There is a balance!

I’ve found Make 2nds Count an amazing support both practically and emotionally. Being able to hear others stories and share my fears. Maggies is also amazing, giving practical help with form filling and getting the dreaded blue badge, to just listening and allowing my husband to say how he felt watching me sort bank accounts out and funerals because I was going to die tomorrow. Or so I thought. He was scared too….they allowed us to talk. And the OWise app is great for very informative blogs.

Believe it or not I’m quite private and rarely share my whole story. But for those in the same boat I hope this helps. As they say living in hope and dying for a cure. 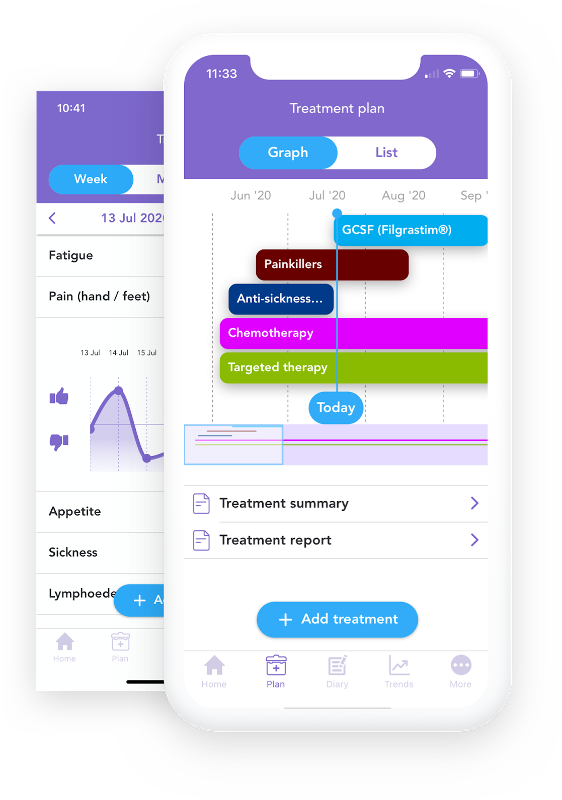 Our aim is to make sure you are kept informed so make sure to followour Instagram and Twitter accounts for any updates.