Choosing To Go Flat Instead of Breast Reconstruction 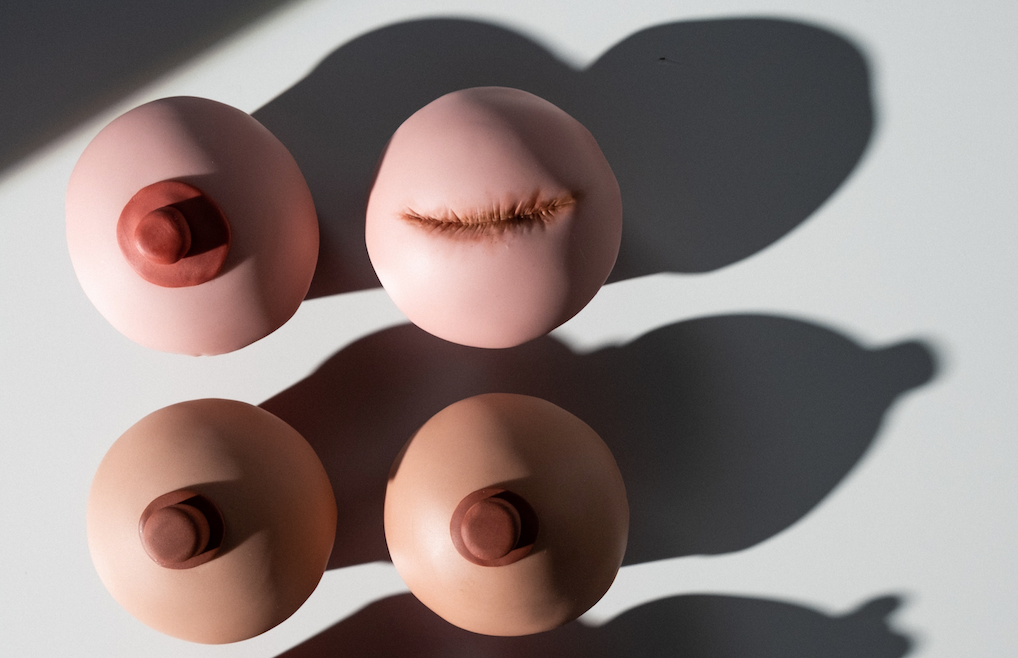 This week we are excited to announce a guest blog by Breast Advocate®. Breast Advocate® is a free app which provides evidence-based information about surgical options for breast cancer. They have kindly written the following blog which discusses the process of choosing to go flat after breast cancer surgery.

Going flat, or choosing aesthetic flat closure, is the decision to remove both breasts and forego reconstruction. It is an option for:

Regardless of the type of mastectomy being performed, all mastectomies remove the breast gland. When going flat, the overlying breast skin and nipple-areola are also removed, ideally leaving the patient with a uniform, flat contour.

It is important to discuss the surgical plan and expectations with your breast surgeon. Mastectomies can create chest contour irregularities and leave excess soft tissue over the side of the chest known as “dog ears”. You may find these unsightly or bothersome. 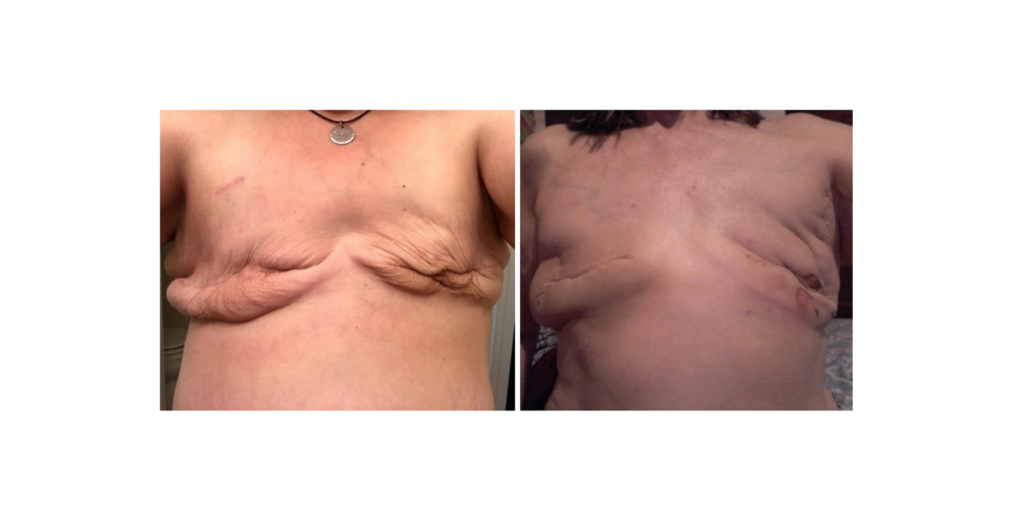 Examples of unfavourable “flat” results. Pictures provided by Not Putting on a Shirt.

Thoroughly discussing your wishes and expectations with your surgeon ahead of time is important to ensure that, if needed, certain surgical techniques are incorporated or planned to provide the best final contour and a true cosmetically-appealing flat result.

What is fat grafting?

Fat grafting, or lipofilling, is an option for mastectomy patients choosing to go flat to optimise the final chest contour. Fat is liposuctioned from one part of the patient’s body, purified, and re-injected under the chest skin to increase “padding” over the ribs and address any contour irregularities created by the mastectomy. Fat grafting is not usually performed at the time of the mastectomy but as a separate procedure later.

Studies have also shown that once the injected fat “takes”, it can also help improve the thickness and quality of radiation-damaged tissue and skin.

There are several fat grafting techniques that are used by plastic surgeons. There is no “set way” that has been shown to be the best in terms of long-term results. However, studies have shown that regardless of the technique used, the collection, handling, and transplantation of the fat cells must be optimised to obtain the best long-lasting results.

Regardless of the fat grafting technique that is used, some of the injected fat will be reabsorbed over time (most studies quote reabsorption rates between 30% and 50%), but this can vary depending on the exact clinical situation and technique used. Patients must therefore be prepared to require more than one procedure for the best results. Additional risks of fat grafting include fat necrosis (some of the injected fat can turn hard), cyst formation (from oils released by the fat), calcifications on mammograms (usually easily differentiated from “bad” calcifications associated with malignancy), and pain at the liposuction site (from where the fat is removed).

Several independent studies have evaluated breast cancer patients over several years after lipofilling and concluded that fat grafting is oncologically safe in mastectomy patients and does not increase the risk of breast cancer recurrence.

Mastectomies can also leave excess soft tissue over the side of the chest known as “dog ears”. These can be unsightly and bothersome but can be significantly improved through scar revision, further tissue excision, surgically rearranging the tissues that were left behind, or some combination of these techniques to achieve the desired flat chest contour.

This patient opted for mastectomies without reconstruction following her breast cancer diagnosis (left). She had a second procedure to create a more aesthetic flat result (right). This included removal of the residual tissue over the sides of her chest (“dog ears”) and fat grafting to increase the soft tissue padding over her ribs. Pictures provided by PRMA Plastic Surgery.

Patients who are unhappy with their breast reconstruction results for whatever reason also have the option of going flat rather than further surgery to revise their reconstruction. Implants or tissue reconstructions (known as “flaps”) can be removed and any combination of the above techniques can be applied to achieve an aesthetic flat closure.

Co-created by leading specialists and patient advocates, the Breast Advocate® app was designed for anyone facing surgery for breast cancer, or considering surgery to decrease their risk of developing breast cancer. Our free app provides complete information on all the surgical options, along with evidence-based recommendations personalised for you. Download Breast Advocate® here.